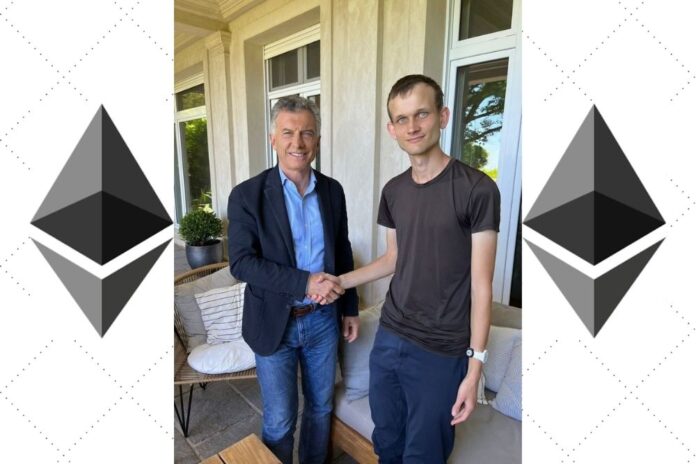 Former president of Argentina, Mauricio Macri, who recently met the Ethereum co-founder Vitalik Buterin, stated that he sees the largest smart contract platform as one of the most innovative decentralized technologies in the 21st century.

Describing his encounter with Vitalik further in a tweet, Macri stated that he also recognizes the digital token ETH as one of the most valued in the world.

Read Also: Vitalik Buterin Outlines His Vision for a Plausible Roadmap for Ethereum 2.0

The former president added that much of their discussion was around the role that crypto and blockchain technology could play for governments across the world.

Captioning a picture with Ethereum co-founder, Mauricio Macri tweeted, “Fascinating encounter with Vitalik Buterin, creator of Ethereum, one of the most innovative decentralized technologies of our century. Its Ether currency is one of the best valued in the world. We chat about the role of crypto and blockchain opportunities for states”

Mauricio Macri and Vitalik Buterin met during an event organized by The Graph in Buenos Aires to mark the first anniversary of its mainnet launch.

Vitalik Buterin’s presence in Argentina is part of his vacation tour of Latin America. This implies that the meeting was unplanned. Despite his impromptu arrival at the event’s venue, he was instantly recognized by attendees.

Also, Lorena Fabris, a member of the Web3 protocols foundation, described Buterin as the “Lionel Messi” of cryptocurrency, noting that his presence at the event has done a lot in boosting the popularity of the Ethereum based protocol within the Argentine crypto community.