HomeBlockchainEthereum's Vitalik Buterin To Release a Book Titled "Proof of Stake" in...
BlockchainCryptocurrency 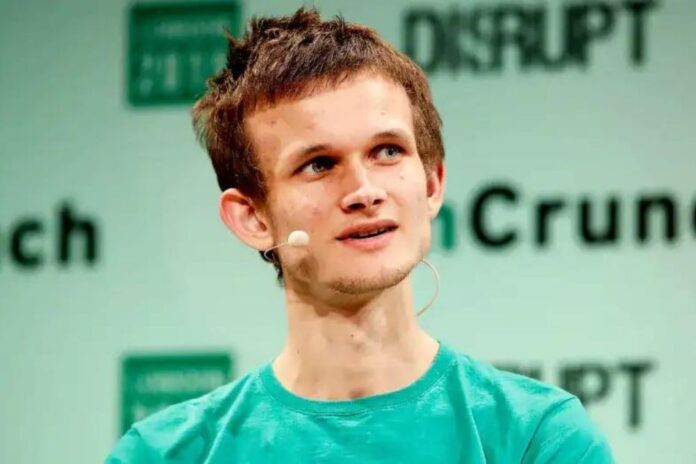 Vitalik Buterin, the co-founder of the largest smart contract platform, Ethereum (ETH), is on the course of launching a crypto and blockchain-centered book authored by him. This development comes as the project founder seeks to make further contributions to the crypto sphere.

The update was made known by Vitalik Buterin in a Wednesday tweet and was greatly lauded by the crypto community.

Although Ethereum was created as a proof-of-work (PoS) blockchain, Buterin has always been an advocate of proof-of-stake (PoS), which justifies the approaching Merge upgrade and the soon-to-be-released book.

According to Laura Shin, a podcast host and author, the book is “a crucial contribution to the development of a new technology that will impact all our lives.”

“Proof of Stake, the (physical and digital) book compiling various writings I’ve made over the last ~10 years, will be out in a month! You can get a signed digital copy and NFT here: https://proofofstake.gitcoin.co. My share of the proceeds all goes to gitcoin grants public goods,” Vitalik Buterin wrote.

"Proof of Stake", the (physical and digital) book compiling various writings I've made over the last ~10 years, will be out in a month!

You can get a signed digital copy and NFT here: https://t.co/RCZPHs9rpe

My share of the proceeds all goes to @gitcoin grants public goods!

Related: Vitalik Speaks On Benefits of PoS to Ethereum, Lido Finance, and Risk of Centralization Post-Merge

The book, which centers on the making of Ethereum and the philosophy of blockchains, contains various writings the Ethereum creator has made over a decade.

“These writings, collected from his essays before and during the rise of Ethereum, reveal Buterin to be a vivid and imaginative writer, with context from media studies scholar Nathan Schneider,” the about section of the Proof of Stake book said. “While many around him were focused on seeing the value of their tokens rise, he was working through the problems and possibilities of crafting an Internet-native world,” it added.

To support the Gitcoin Grants public goods, Buterin has donated all his proceeds to the initiative. Users can donate any amount of ETH to receive a digitally signed copy of the book from Vitalik, alongside an NFT.

To get a physical copy of Vitalik Buterin‘s Proof of Stake book, you can pre-order from supported online bookstores and retailers including Amazon, Walmart, Books-A-Million, Seven Stories, Powells, Indie Bound, Target, Barnes & Noble, and Hudson.

Coincidentally, the book which is titled ‘Proof of Stake’ is scheduled to be released on September 27, a few days after the Ethereum blockchain transition to the proof-of-stake (PoS) consensus algorithm mechanism.

The Merge upgrade which will trigger this consensus algorithm shift, marking the end of PoW on the Ethereum blockchain, is said to occur any day between September 10 and 20, 2022.