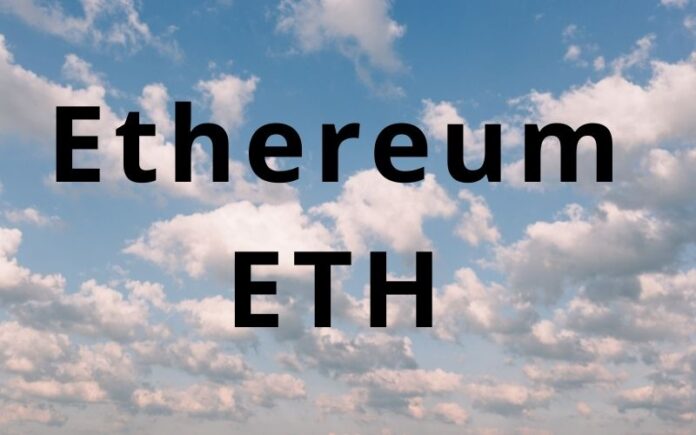 Spencer Noon, a popular crypto analyst with vast followers on Twitter has taken to the microblogging platform to analyze what he termed as the “ridiculous growth” of Ethereum (ETH), the second-largest cryptocurrency by market capitalization, over the last six years.

In a series of tweets on 30th July, Noon explained the trend of the top digital currency in the last 6 years with 4 different charts.

Spencer Noon tweeted, “For ETH’s 6th birthday. 4 charts that demonstrate its ridiculous growth over the years.”

For $ETH's 6th birthday🎂, 4 charts that demonstrate its ridiculous growth over the years 👇🏼

Increase in the Number of Transactions

According to the first chart shared by Noon, the Ethereum network rose from relatively 0 in 2015 to over 300 million in 2020 in terms of the number of transactions. The analyst added that the cryptocurrency is on the cusp of completing more than half a billion transactions in 2021. 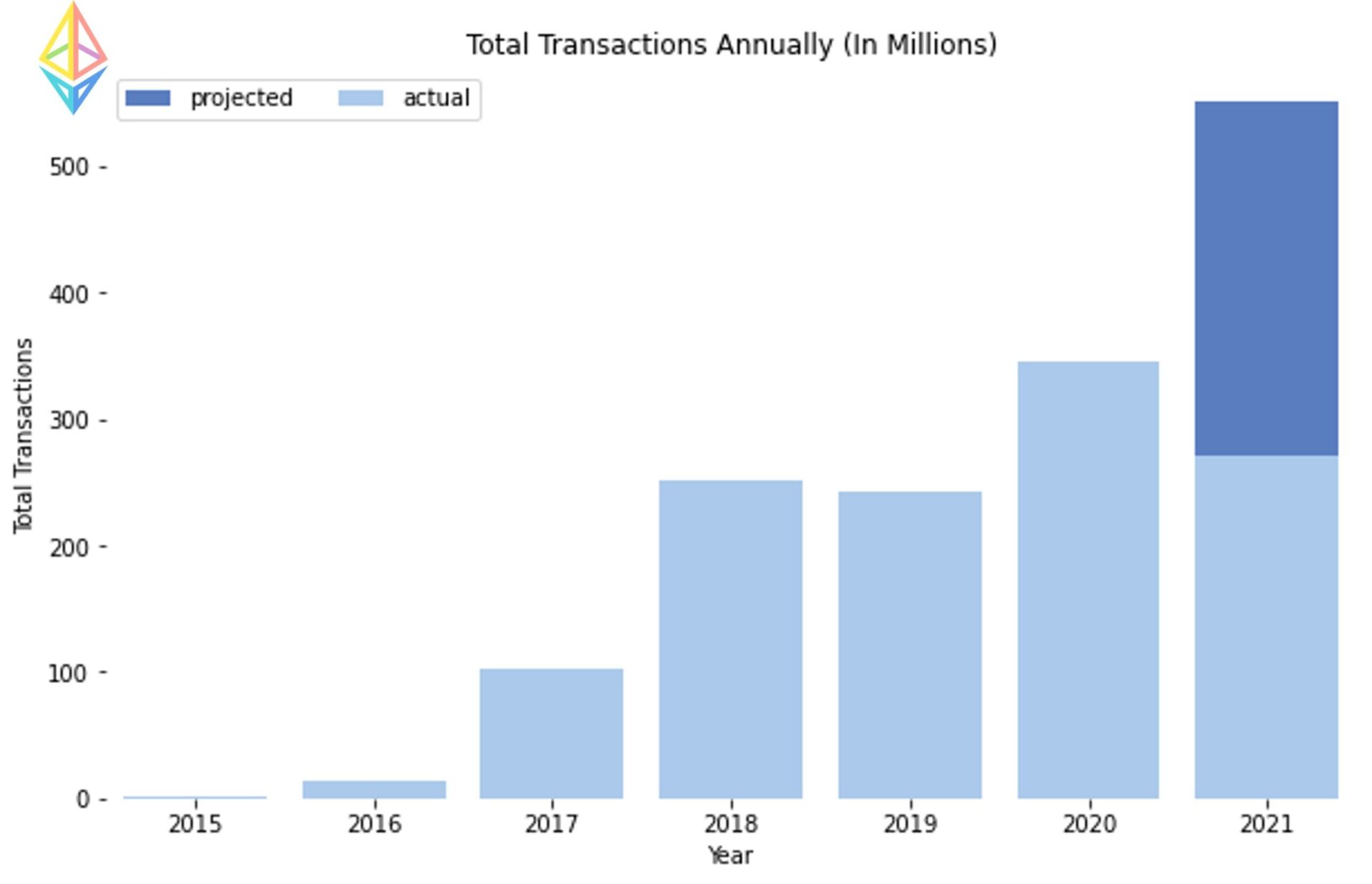 Amount of Gas Used By the Ethereum Network

The second chart shared by Noon shows the amount of gas used to conduct transactions on the Ethereum network. Going by the chart, no transaction fees were collected in 2015. However, the analyst is of the opinion that ETH will use 3.5 million ETH worth relatively $9.1 billion at current prices before the end of 2021. 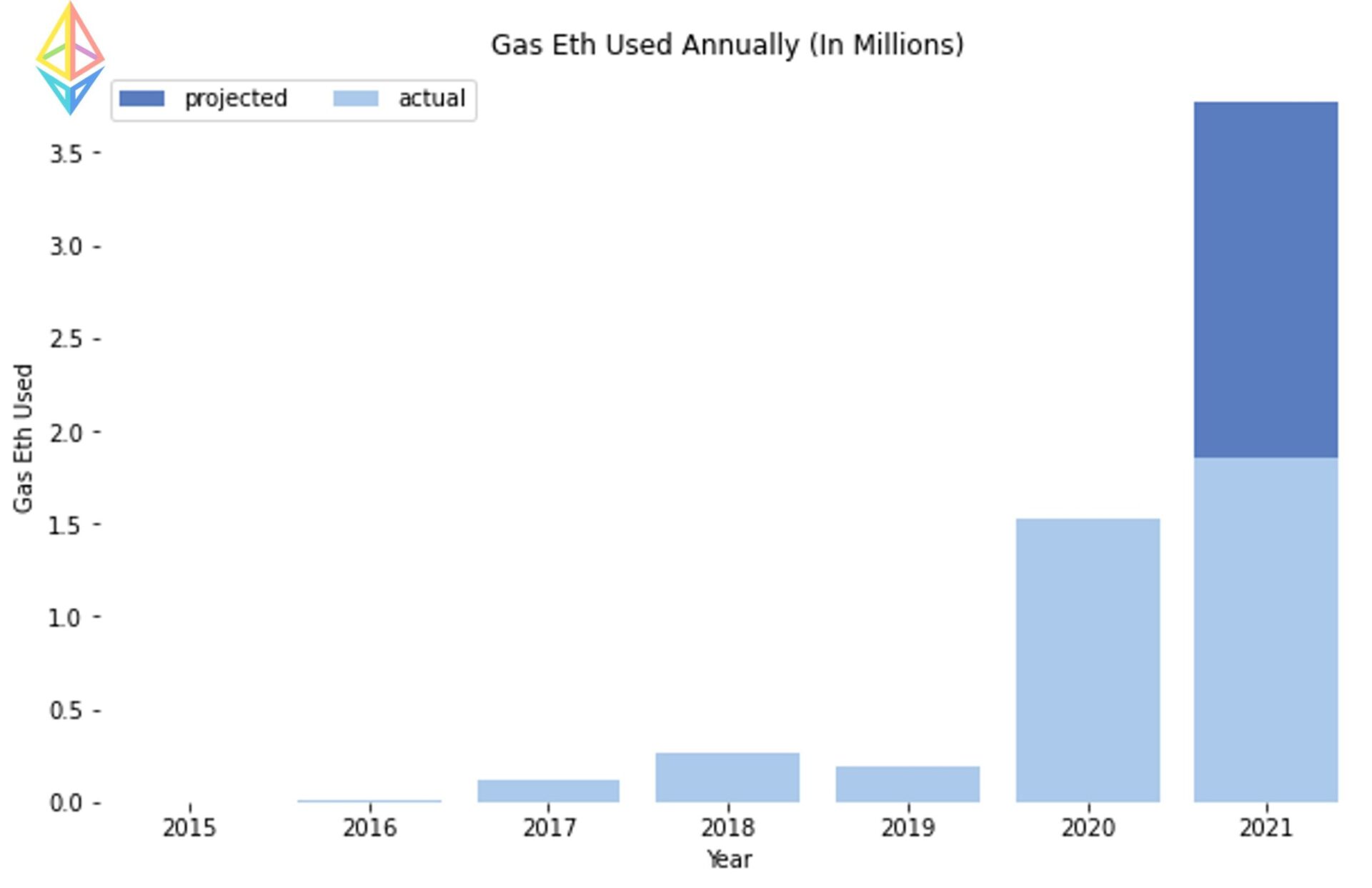 Increase in the Number of Ethereum Users

The third chart shared by the crypto veteran shows the vast increase in the number of Ethereum users. He said despite the fact that there are still 5 months left in 2021, ETH yearly active addresses are already at roughly 30 million. 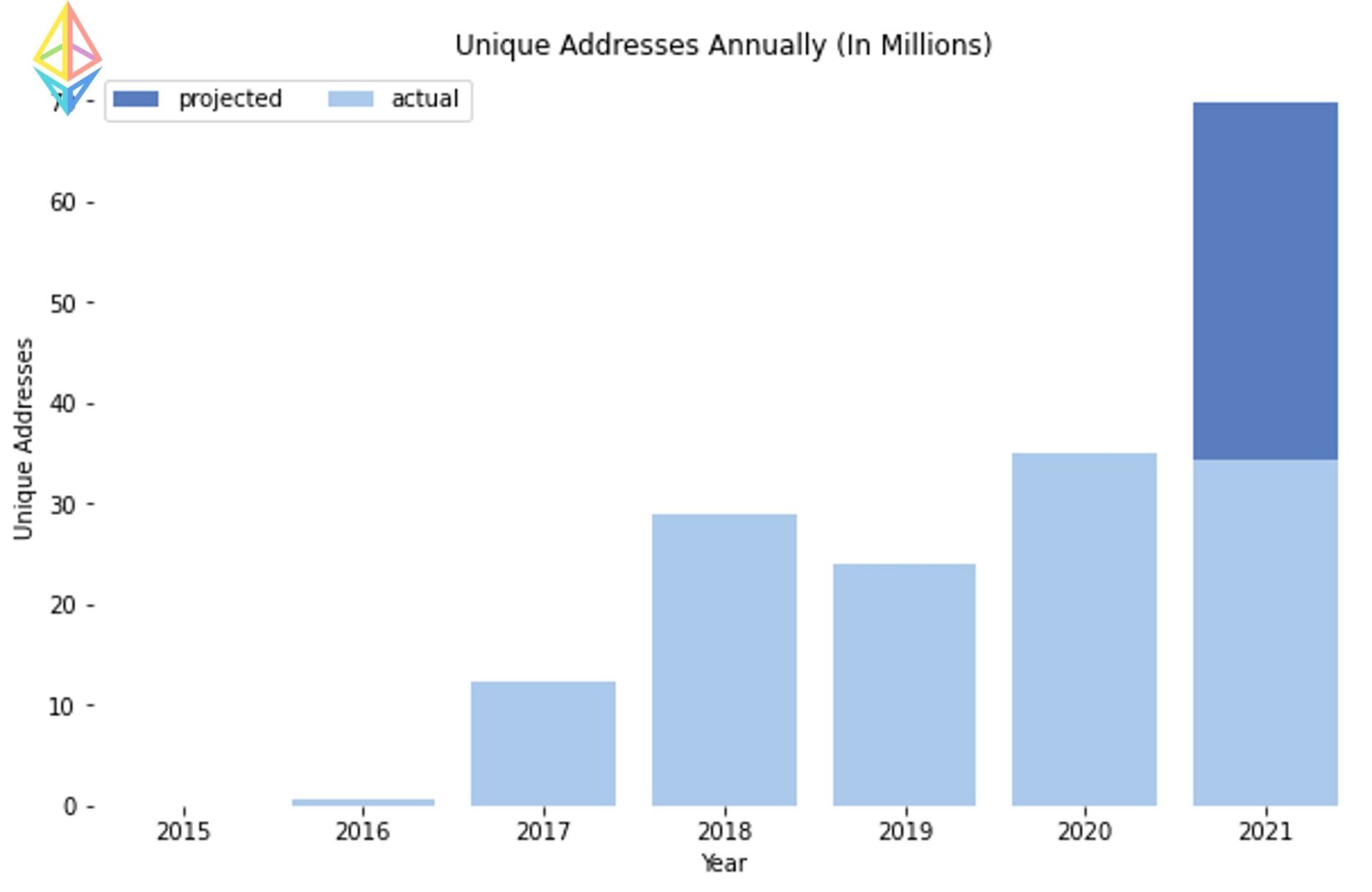 Vast Increase in the Number of Smart Contracts Created

The fourth and final chart shared by Noon reflects the vast increase in the number of smart contracts created on the Ethereum network between 2017 and 2020.

According to the chart, the number ridiculously grew from less than 5 million to over 15 million in 2020. The analyst predicted that the number could surge to around 50 million by the end of 2021. 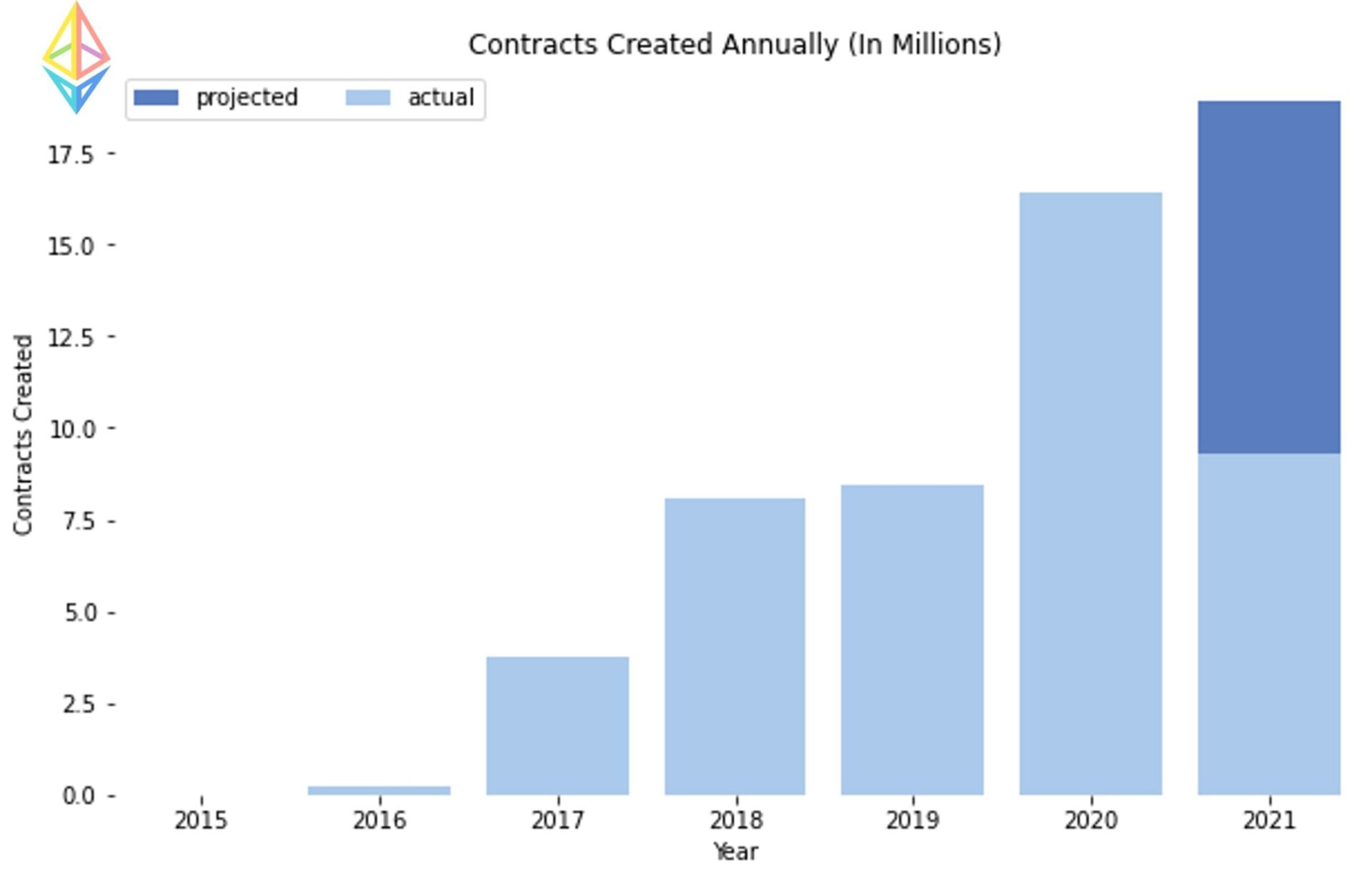 “#4. Ethereum is on pace to hit ~50 million smart contracts deployed all-time by the end of this year.”