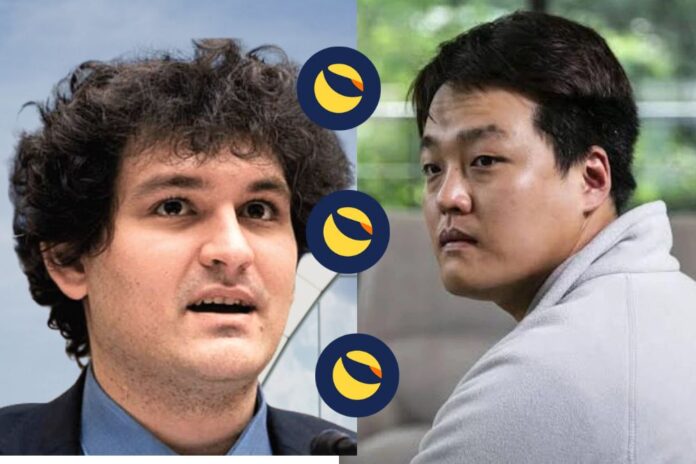 FTX former CEO Sam Bankman-Fried is currently being investigated by federal prosecutors for market manipulation, regarding the collapse of TerraUSD (UST) and Terra (LUNA) in May, a Wednesday report revealed. In reaction, Do Kwon and others published some hard facts on Thursday.

Spurred by the latest development, Terra founder Do Kwon has called out the beleaguered crypto entrepreneur SBF to make public the handling of the billions of dollars worth of BTC borrowed from Voyager by Alameda Research.

Kwon further accused FTX’s Sam Bankman-Fried of shorting BTC to handicap the Luna Foundation Guard’s reserves, citing that Alameda has a record of borrowing lump sums in BTC on the de-peg dates of the algorithm-based stablecoin, formerly called UST.

“Alameda borrowed 9 figures in bitcoin from Voyager (public bankruptcy filings) on depeg dates and asked other large firms to borrow more (10 figs) – what this was used for needs to become public knowledge. Short BTC to handicap LFG reserves?” he tweeted.

As stated by the Terra founder, the fall of the former TerraUSD (UST) began in February 2021 when SBF’s hedge fund Alameda Research, sold 500 million UST in a few minutes to drain its Curve pools.

This is fairly public knowledge at this point, but the large currency contraction that UST went through in Feb 2021 was started by Alameda, when they sold 500mm UST in minutes to drain its curve pools during the MIM crisis

Likewise, the TFL founder has requested Genesis Trading, a lending firm, to make clarifications regarding the $1 billion worth of UST bought by them before the May Terra collapse took place.

“I think the time has come for Genesis Trading to reveal if they provided the $1B UST shortly before the crash to SBF or Alameda – the purchase from LFG was represented as stemming from “interest to participate in the Terra Defi ecosystem” – not to provide ammo for a peg attack,” he wrote on Thursday.

While Genesis Trading is yet to issue an official statement and federal prosecutors are still in the process of ascertaining SBF’s involvement in the collapse of the algorithmic stablecoin, initially labeled TerraUSD, a recent update showed that the FTX founder’s hedge fund Alameda Research, perhaps, orchestrated the fall of UST.

In response to Do Kwon’s claims, José Maria Macedo, the builder of Dephil Labs, took to Twitter on Thursday to make some revelations.

According to him, “Genesis, a lending firm, “bought” $1B of UST from LFG in April. This UST was sold into the Curve pool during the early morning hours on Sunday (May 8th), initiating the depeg.”  “The answer to who attacked UST will be found in the Genesis lending book,” he added.

José Macedo who listed several disclosures that pointed to Sam Bankman-Fried as the cause of Terra collapse noted that SBF was famously bearish of UST, confirming that FTX did set off the February 2021 de-peg incident of UST.

Evidence for Alameda being the attacker:

-Known to be borrowing BTC in size at the time (Voyager filings)
-FTX listed UST perps shortly before this
-Set off the previous UST depeg event in Feb 2021
-Sam was famously bearish UST. Alameda known for being aggressively PvP

“Ultimately, it doesn’t matter if UST was attacked. The winning decentralized money must be robust and able to withstand highly adversarial conditions. UST was not. However, it would be poetic justice if Alameda set off the events that ultimately led to their own demise,” he concluded.