HomeTechnologyDifferences Between A Web Designer And A Web Developer
Technology

Differences Between A Web Designer And A Web Developer 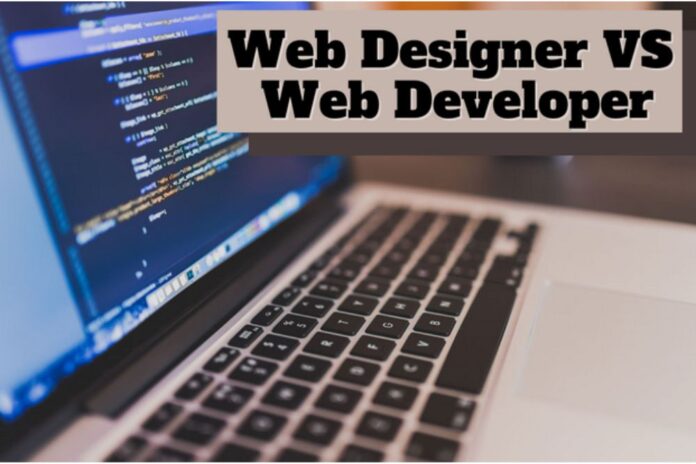 The terms “web designer” and “web developer” are used interchangeably by most people, albeit erroneously.

Most probably, this is because many companies describe the services and descriptions of both roles in similar ways. The reality is that these terms refer to two radically different components of the process of developing a website, each of which calls for a different set of skills.

Despite the similarity in how they sound, web designers and web developers perform very diverse jobs and separate roles. Designers concentrate on the front-end and visual components of a website, which determines the usability and overall user experience (UX) of the website. Developers, on the other side, are tasked with the responsibility of taking the thoughts and ideas that have been laid out by designers and coding them into websites that are fully functional.

What skill sets do both roles require and how distinct are their differences? It will be difficult to establish these without delving into clear definitions of both job roles.

WHO IS A WEB DESIGNER?

Web designers are responsible for the conception, construction, and maintenance of websites and web pages by assembling a variety of components of visual design.

They are not generally saddled with the task of understanding how the coding that drives their designs operates; rather, their primary responsibility is to create interfaces that are aesthetically beautiful and will guarantee consumers have a great user experience when they visit the website.

It’s possible that they’ll make use of computer languages such as HTML, CSS, and JavaScript, in addition to other graphic design software such as Adobe Photoshop, Illustrator, and GIMP, to assist them in the process of developing designs that are captivating.

There is a common misconception that a bachelor’s degree is required to break into the web design industry. Even though it wouldn’t hurt to get a bachelor’s degree in an area like design, communications, or marketing, it’s unlikely that a standard, four-year college degree would provide you with the skills you’d need to be successful in a job like a web design.

WHO IS A WEB DEVELOPER?

A web developer is a type of programmer who specializes in the creation of applications that are related to the World Wide Web or distributed network applications. They may also be referred to as web application developers.

These are often executed on protocols such as HTTP, which are communicated from a web server to a client browser using corresponding programming languages such as HTML/CSS, C#, Ruby, and PHP, to mention a few. When developing a website or web application, a Web developer would often concentrate on the back end, also known as the programming component of the project.

Web development is one of those disciplines where, after a programming language has been mastered, the majority of the rest of the skill set can be acquired by practice. This means that people who want to become web developers can come from a variety of educational backgrounds.

Although a formal degree is not required to work as a Web developer, many employers do prefer employees with formal education who come from a computer-related industry and have expertise in Web development.

The skill sets that are necessary for web designers to be successful are highly variable and depend on the exact position and expertise of each individual designer. To be more specific, though, some crucial skills include the following:

In addition to a strong technical background, web designers should also have a variety of soft skills under their belt. For instance, you need to have good communication skills in order to communicate effectively with customers in order to appropriately set and manage their expectations.

The tasks and responsibilities of web designers are rather broad and extensive. Nevertheless, the primary responsibility of a designer is to create the structure and visual components of a website.

Their objective is often to ensure that the website is appealing to the eye, simple to navigate, and compels users to remain on the site for the longest amount of time possible. This requires not just thinking about and building the basic foundation and layout structure, but also elements that generate conversions.

The major responsibility of a web developer is to construct and sustain the fundamental framework of a website. Their employment entails a lot of technical effort, including employing difficult coding and advanced programming languages in web development. In a nutshell, what they do is take the ideas and concepts that have been laid out by designers and transform them into websites that are actual, live, and completely functional.

Finally, web developers require certain technical skill sets to accomplish their duties. The list below may not be conclusive, but these are major skills a web developer needs for a successful career:

When it comes to the creation, construction, and ongoing maintenance of websites, both web designers and web developers play an important part. In the end, the success of delivering a quality product depends on the interdependence of the two jobs.

The primary distinction lies in the fact that developers are primarily concerned with the more technical components of the project, such as coding and programming. Designers are in charge of the aesthetic and intellectual work that must be done in order to guarantee a successful user experience and user interface.

Further, web developers demand a decent amount of technical understanding. This entails having a solid grasp of intricate programming languages as well as frameworks. Though some level of research and analysis is required, a web designer’s work is less technical and focuses more on the visual and aesthetic features of a website.

The terms “Web Design” and “Web Development” can be confusing to small and medium-sized businesses searching for either a new or a redesigned website. And both professions are important for an employer. One of the options for finding a suitable specialist is through the LaborX website. Where you can find not only developers but also Bitcoin job options for people interested in cryptocurrency.

But most businesses prefer to use in-house designers who design the website’s layout and then send the design files off to a programmer who rounds up the web development process.

Both roles are distinct and highly relevant in the setup of a company’s website. Thus, a web designer has his playing field and a web developer equally has his arena – both persons are not really interchangeable.

Share
Facebook
Twitter
ReddIt
Telegram
WhatsApp
Pinterest
Linkedin
Email
Mix
Previous articleShiba Inu (SHIB) Breaks Out Of Its Dominant “Cup and Handle” Pattern. What Does This Imply? Details
Next articleMichael Saylor Explains Why Getting into Bitcoin (BTC) Was the Right Decision for MicroStrategy