HomeCryptocurrencyCardano Creator: No Corruption Between SEC and Ethereum, it's XRP Community's "Grand...
CryptocurrencyNews 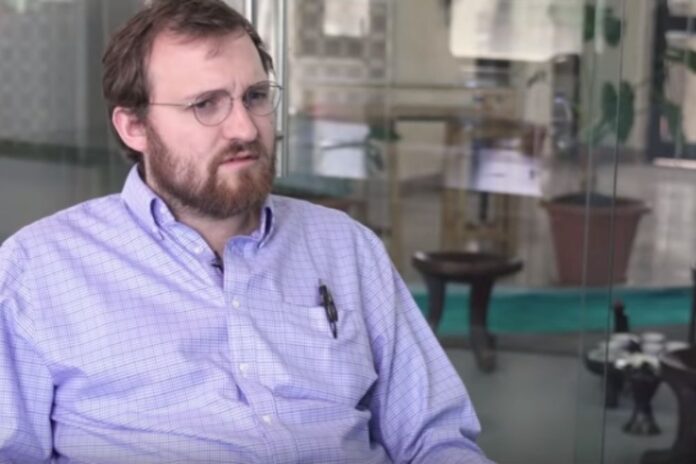 Charles Hoskinson, the founder of Cardano (ADA) has dropped a controversial take on the Ripple-SEC case as it relates to Ethereum (ETH). Meanwhile, the long-standing Ripple-SEC case is heating up as the two district judges handling the litigation, Judge Netburn and Judge Analisa Torres, ordered the plaintiff, the Securities and Exchange Commission (SEC), to release the drafts of William Hinman’s documents to the defendants, Ripple Labs Inc.

The SEC has continuously employed different tactics to conceal the Hinman documents where the ex-SEC officer mentioned that Ethereum (ETH), the second-largest crypto by market cap, is a not security.

In a recent edition of the Thinking Crypto podcast hosted by Tony Edward, Cardano (ADA) founder Charles Hoskinson was asked for his take on the ongoing XRP lawsuit filed against Ripple by the United States Securities and Exchange Commission (SEC), precisely on the area where Ethereum (ETH) has been dragged into the case via the William Hinman documents.

The Cardano (ADA) founder who was among the co-creators of Ethereum (ETH) noted that some members of the XRP community are just trying to invent a grand conspiracy regarding the SEC and Ethereum. He stated that there was no corruption between SEC officials and the crypto project Ethereum.

In Charles Hoskinson’s words; “There are some people in the XRP community that are trying to invent this grand conspiracy that there was blatant corruption between the insiders at the SEC and Ethereum. I don’t honestly think that this is the issue here.”

Of course, this comment from the Cardano (ADA) founder on the Ripple-SEC case provoked the XRP community, which hasn’t been getting significant support from the crypto industry in their legal tussle with the SEC. Vitalik Buterin, the leading co-founder of the Ethereum blockchain earlier noted that the Ripple/XRP team will get no support from him and/or the ETH community following a provoking description (Chinese-controlled) of Ethereum made by the Ripple/XRP team in one of its case document.

In response to Hoskinson’s comment Besatree, a Ripple/XRP proponent wrote, “For a smart dude, this is some dumb shit. I honestly am baffled that he is giving the SEC and Gensler credit as if they are just “doing their best” but are ill-equipped… Perhaps they are ill-equipped but if you think they’re doing their best for us, you’re being dishonest 100%.”

Another XRP supporter MarketsMickle also slammed the Cardano founder saying, “Apparently, Charles Hoskinson disagrees with both the SEC ethics office and former chair William Gundfest that there were “serious conflicts of interest” going on at the SEC during the ETH free pass. Weird. Watch him cry wolf when the SEC comes for ADA.”

Related: Cardano Creator Speaks On What SEC Is Doing Wrong About the Case Against Ripple and XRP

Speaking on how the SEC is approaching crypto regulation, Charles Hoskinson noted that the underlying problem is that both the Commodity Trading Futures Commission (CTFC) and the United State Securities and Exchange Commission (SEC) are ill-equipped from law and policy to properly regulate the cryptocurrency space.

He added that both regulatory entities are just trying to navigate the crypto industry and approach crypto regulation the way they think they can and with the framework they have. “The SEC only has the ability to regulate if something is a security; if it is not, it is not their wheelhouse,” Hoskinson responded to Tony Edwards’ question.

The Cardano (ADA) creator equally noted, “the legislative branch has not done its job, they haven’t shown up, they haven’t passed new laws to give new powers, new bureaucracies, new standards to properly regulate the cryptocurrency space and every aspect.”