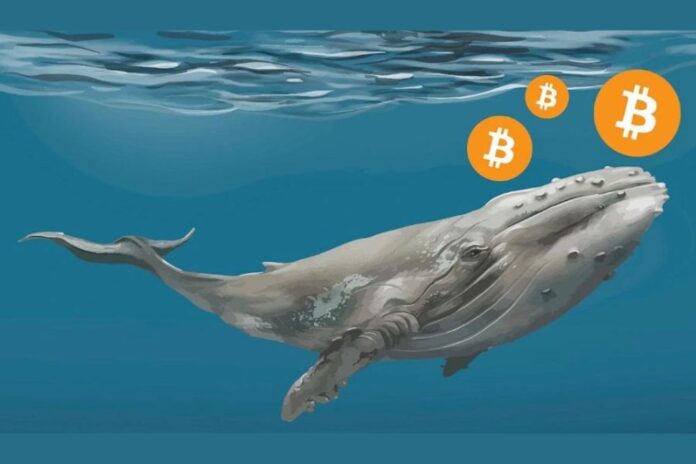 One of the biggest off-exchange Bitcoin wallets has sent out a total of 61,500 BTC in the last 72 hours. The super-sized Bitcoin wallet currently holds 71,381 BTC.

As the crypto market begins to slowly recover after many days of seeing red candlesticks, BTC whales seem to be back in action. Whales’ activities are always crucial because of their ability to affect market movements. Particularly, an unknown BTC whale has moved out of storage a huge amount of coins, amounting to 61,500 BTC, in the last 72 hours.

The off-exchange Bitcoin wallet first moved out 15,500 BTC and reportedly sold them for about $350 million. As on-chain data reveals, the whale offloaded these assets in five transactions. The whale transferred 500 BTC in the first transaction, 2500 BTC in the second and third, and 5000 BTC in the fourth and fifth transaction.

Later on Tuesday, data showed an additional transfer of 61,500 BTC in another five transactions. This time around, 5000 BTC was sent out in the first two transactions, 10,000 BTC in the third and fourth while 16,000 BTC was transferred in the last transaction.

According to sources on the Reddit platform, it is not confirmed that the whale has sold these assets citing that it might just be mere movements. However, considering the whale’s previous market activities and the recent spike in Bitcoin price, selling these assets is likely.

This whale which was previously at position 3 on the whales’ ranking list has fallen to number 8 on the list, following these recent high volume BTC offloads. Initially, the wallet held 117,000 BTC but now holds 71,381 BTC, at the time of writing.

In the last 72 hours, Bitcoin (BTC) has increased significantly in price, crossing $23,000 per BTC while targeting the $24k mark. Similarly, Ethereum (ETH) and other large-cap altcoins also had a breakout as investors’ fear recedes. 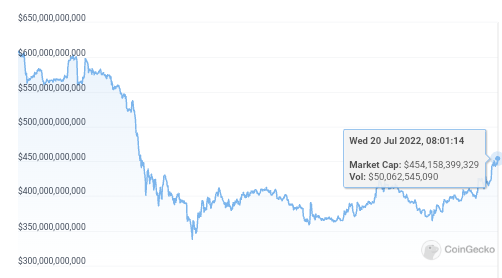 At the time of writing, Bitcoin (BTC) has a market cap of $448.4 billion while the digital asset is trading for $23,479, according to Coingecko.