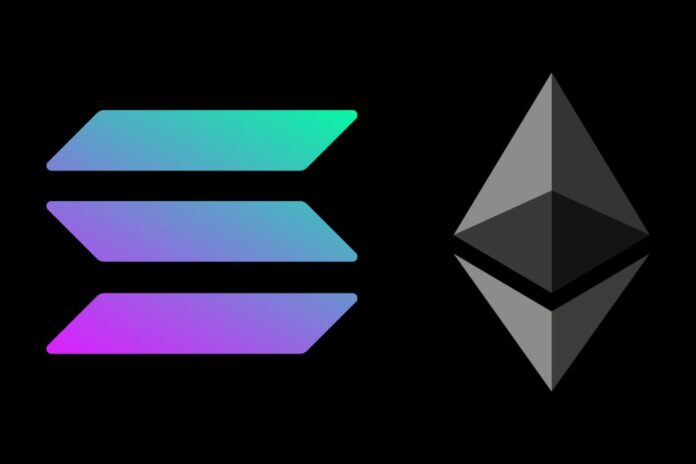 A top crypto analyst on YouTube has showcased his bullishness on the popular smart contract platform Solana (SOL). At the same time, he’s making a case for the fact that Bitcoin (BTC), the largest crypto by market cap, has reached its bottom in a recent bear market.

In a new strategy session on YouTube, the host of InvestAnswers with over 440,000 subscribers said the current metric is showing that Solana (SOL) is undervalued when compared to its major competitor, Ethereum (ETH).

The anonymous analyst said that the metrics he considers before he makes decisions have nothing to do with sentiment or the opinion of the people. He said Solana (SOL) should be a lot higher than its current value.

“When I compare Solana to Ethereum, it should be a lot higher, technically, from a relative value basis. And again, we just look at data here. We look at quant, we look at metrics, we measure everything. That’s how we make decisions. Nothing about sentiment or how people feel or what type of religion or tribe they belong to. We just look at data.”

At the time of writing, Solana (SOL) is trading at $44.18, with a relatively 3% price uptrend in the last 24 hours. While SOL is a bit higher than $15 billion in terms of market cap, Ethereum (ETH) is occupying a much bigger space at around $232 billion.

The host of InvestAnswers went further to discuss the current trend of Bitcoin (BTC), the first and largest cryptocurrency in the world.

According to the analyst, the inflow of money from institutions and the smartest capital allocators in the world is indicating that Bitcoin has reached the lowest level of the recent bear market. He added that he’s between 80% and 90% certain that the flagship crypto won’t revisit its recent lows.

Share
Facebook
Twitter
ReddIt
Telegram
WhatsApp
Pinterest
Linkedin
Email
Mix
Previous articleAbout 400 Million XRP Moved in the Past 24 Hours: Here’s Where They Are Heading
Next articleCelphish Finance (CELP) Could Be The Biggest Decentralized Exchange To Trade Bitcoin, Ethereum, And Other Crypto Assets Securely