HomeBlockchainThousands of Solana Wallets Hacked, Leading To Loss of About $8 Million...
BlockchainNews

Thousands of Solana Wallets Hacked, Leading To Loss of About $8 Million of Users’ Funds 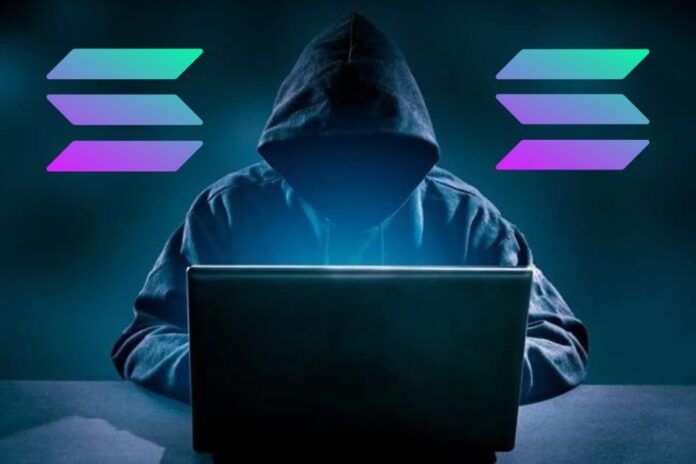 A new hack that affected over 5,000 wallets on the Solana blockchain has succeeded in draining assets estimated to be $8 million.

According to PeckShieldAlert, the hack is likely due to the exploit of an unresolved supply chain issue.

PeckShieldAlert tweeted, “The widespread hack on Solana wallets is likely due to the supply chain issue exploited to steal/uncover user private keys behind affects wallets. So far, the loss is estimated to be $8M, excluding one illiquid shitcoin (only has 30 holds & maybe misvalued $570M).”

#PeckShieldAlert The widespread hack on Solana wallets is likely due to the supply chain issue exploited to steal/uncover user private keys behind affects wallets. So far, the loss is estimated to be $8M, excluding one illiquid shitcoin (only has 30 holds & maybe misvalued $570M) pic.twitter.com/aTGNsTc6d8

Meanwhile, the price of Solana (SOL) has been unstable in the market since the exploit happened. At the time of writing, SOL is trading at $38.60, with about a 4% price downtrend in the last 24 hours.

Users from across the world have been reporting the disappearance of their Solana funds from their respective wallets.

According to an expert who sounded a note of warning earlier today, users can be on a safer side by revoking all Trusted Apps in their Phantom wallet.

He wrote, “There’s a widespread exploit going on Solana right now, draining wallets left and right. There’s no official word yet, but revoke all Trusted Apps in your Phantom wallet right now to be on the safe side.”

According to some Solana profiles and service providers on Twitter, the hack seems not just affecting only a specific protocol, but a widespread issue. So, this could become more complicated than people think.

Blockchain auditor, OtterSec, Solana Network in Fresh Outage. Here’s what Solana Team Is Doing To Mitigate the Situation over 5,000 wallets have been drained.

What makes the matter worse, according to OtterSec, is that the transactions were signed by the actual owners, suggesting that the hack has to do with a private key compromise.

The firm said the hack affected multiple wallets, including “Phantom, Slope, Solflare, TrustWallet – across a wide variety of platforms. FOR USERS, please move your assets to a hardware ledger or a centralized exchange,” adding that “there’s also been evidence of this issue affecting ETH users, although it seems less widespread.”

Per the team behind Solana, engineers from multiple ecosystems and security firms are currently investigating the affected wallets on the Solana blockchain.

The handle named Solana Status on Twitter pointed out that there is no evidence hardware wallets were also compromised.