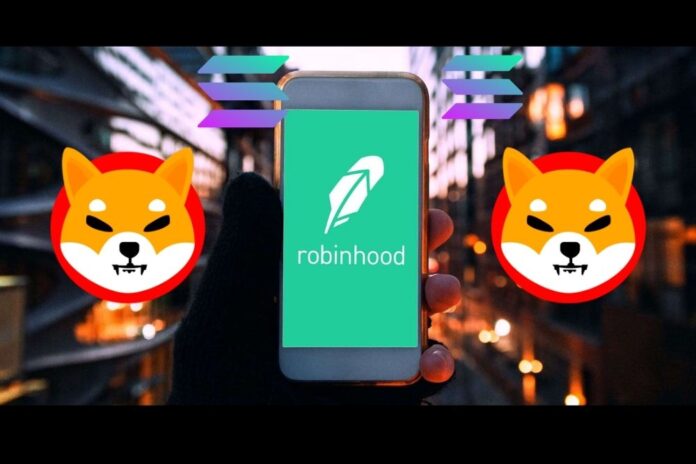 Shiba Inu (SHIB), the hottest meme coin in the market, alongside Solana (SOL), have been listed by the commission-free investing app Robinhood, according to a listing bot.

Crypto Exchange Listing Bot has no individual person sending out tweets and its process is completely automated. Minutes later, the Crypto Bot tweeted that it has detected Solana (SOL) on Robinhood servers as well.

And we're giving away $100K of it. Quote tweet this tweet with your Robinhood Username (@ included!) to get some 🪙 #RobinhoodCrypto

The first 10K quote tweets will receive $10 of SHIB. pic.twitter.com/0jsBKYfJvw

On the news, the price of Shiba Inu (SHIB) has gained over 8%, outperforming the rest of the top cryptocurrencies amidst a major price downtrend. At the time of writing, SHIB is trading at $0.00002488, according to CoinMarketCap.

Shiba Inu (SHIB) had been the most requested crypto among the users of the investing app. A petition, which received over 550,000 signatures, was even launched to that effect. But the company refused to state when the digital currency will be listed.

Read Also: Robinhood Responds to the Possibility of Adding Support for Cardano (ADA)

Robinhood CEO Vladimir Tenev and other high-profile executives have repeatedly dodged the burning question about whether or not Shiba Inu will be listed on the platform, fueling speculation within the community.

Back in November 2021, Christine Brown, the chief operating officer of the company’s crypto division, made it clear that the company preferred quality over quantity, seemingly taking a dig at crypto-native competitors with less conservative listing policies.