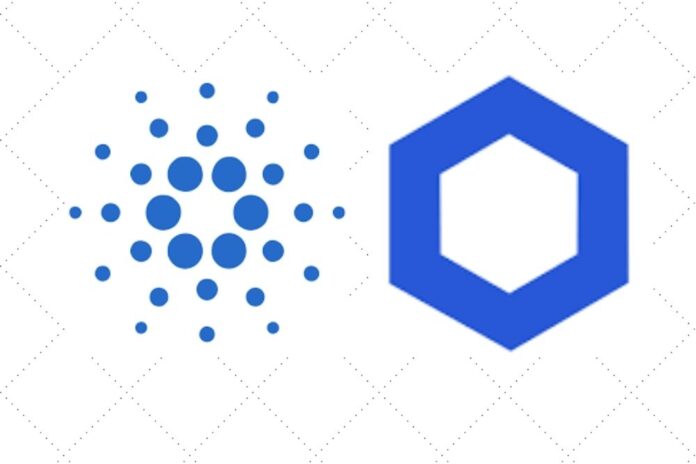 Cardano, the largest proof-of-stake (PoS) blockchain, has announced a collaboration that will result in integrating Chainlink’s oracles.

The new development was announced at Cardano Summit 2021 and shared with the community moments ago via the IOG’s official Twitter handle.

According to the report, the new partnership with Chainlink Labs will give developers building on Cardano access to real-world data via Chainlink’s decentralized oracle networks.

In a blog post captioned in the tweet, the collaboration will help decentralized finance (DeFi) achieve its quest to build a less costly and more inclusive global economic system.

The report added that information feeds for real-time market prices will be initially linked to the Cardano network. Later, additional data feeds on sports and weather that can be used with insurance, gaming, non-fungible tokens (NFTs), will follow.

Reacting to the new development, Charles Hoskinson, the founder of Cardano (ADA), said:

“Oracles are essential to making real-world data accessible on Cardano and they support advanced smart contracts, such as DeFi applications.

“IOHK is committed to providing developers with the most secure and robust tooling for building useful solutions on Cardano, making it an easy choice to integrate Chainlink’s market-leading oracle solution.

“Not only will integrating Chainlink price feeds reduce the go-to-market time for Cardano developers, but it will establish a secure foundation for Cardano’s DeFi ecosystem, helping make Cardano more trusted by users around the world.”

“We’re excited to leverage our extensive experience and expertise by establishing native support for Chainlink on the Cardano blockchain and supporting its next stage of growth into markets like DeFi and beyond.

“Similar to programming interfaces in web app development, developers building DeFi applications on Cardano will be able to plug-and-play Chainlink price feeds into their smart contracts to quickly gain access to high-quality, real-time price data on a wide range of assets while still maintaining robust security and uptime. Ultimately, this will empower developers on Cardano to build next-generation applications quicker and more securely.”