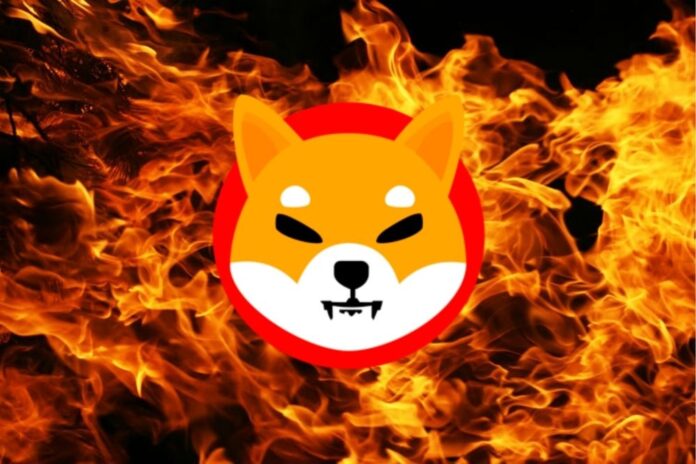 It’s obvious that the Shiba Inu community members are not contented with the rate at which the digital token SHIB is being burned, due to the fact that the quantity is too small compared to the total circulating supply of the cryptocurrency.

There are lots of mechanisms adopted, which have been actively burning SHIB tokens on a daily basis, as always reported by Shibburn on Twitter.

Read Also: World’s First Food Park Where Shiba Inu (SHIB) Is the Means of Payment Is Being Built in Puerto Ordaz-Venezuela

However, the SHIB burn portal is coming and it promises to burn SHIB tokens at a very high rate. A team member of the project has taken the time to analyze the rate at which it will actively send trillions of SHIB tokens to inferno wallets, where they will no longer be accessible.

According to a post on Twitter by Queenie, , a Shiba Inu Discord moderator, about 111 Trillion SHIB tokens could be permanently removed from Shiba Inu total circulating supply of 589 trillion tokens on a yearly basis if things go as planned.

According to Queenie’s explanation, although 1% of SHIB transaction fees burn is implemented on Shibarium and ShibaSwap 2.0, the project is capable of burning trillion of Shiba Inu tokens every year.

Anyone can run hypotheticals from current data 🙂
I did this just now: pic.twitter.com/iSeKJeB9V9

Explaining further, Queenie said if a 1% transaction fees burn is implemented on ShibaSwap 2.0 and the decentralized exchange (DEX) facilitates a total of $10 billion in trading volume on a monthly basis, 3.7 trillion SHIB tokens will be burnt each month, bringing the total to 44 trillion tokens a year.

So, the number could be doubled if the same burn process is implemented for Shibarium, the Shiba Inu’s Layer two solution, according to Queenie.

She further stated that by adding the tokens destroyed by the community via many other burn mechanisms, it’s important to note that the number of SHIB tokens sent to dead wallets per year could simply surge to around 111 trillion.