HomeBitcoinGoldman Sachs: Ethereum Has the Potential to Overthrow Bitcoin as a Digital...
BitcoinNews

Goldman Sachs: Ethereum Has the Potential to Overthrow Bitcoin as a Digital Store of Value 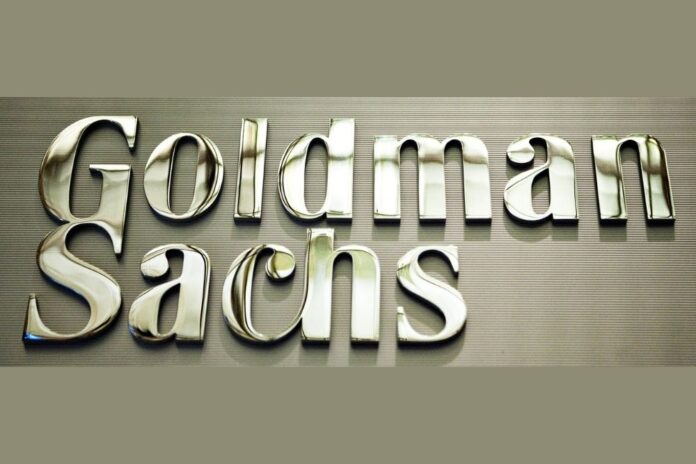 Goldman Sachs, an American multinational investment bank and financial services company, has stated that Ethereum (ETH), the second-largest cryptocurrency by market capitalization, has the potential to overthrow the flagship cryptocurrency, Bitcoin (BTC), as a digital store of value in the coming years.

In a note according to Business Insider, Goldman Sachs analysts pointed out that Ethereum’s real use cases give it the potential to dominate Bitcoin in the future.

“[Ethereum] currently looks like the cryptocurrency with the highest real use potential as Ethereum, the platform on which it is the native digital currency, is the most popular development platform for smart contract applications.”

The bank says Bitcoin may have the stronger brand due to its first-mover advantage, but it lacks loads of real use cases embedded in Ethereum.

However, the bank claimed in the note that none of the two cryptocurrencies has the capability to overtake Gold regardless of which of them reigns supreme, citing the high volatility of the two digital assets.

The investment bank also cited the current competition between different crypto assets as a negative impact on their ability to become a safe asset class for investors at this early stage. Currently, there are over 10,700 digital currencies competing in the market, according to CoinMarketCap.

“This competition among cryptocurrencies is another risk factor that prevents them from becoming safehaven assets at this stage.”

Share
Facebook
Twitter
ReddIt
Telegram
WhatsApp
Pinterest
Linkedin
Email
Mix
Previous article
Charles Hoskinson: There Are Thousands of Assets and Over $10M of NFTs Have Been Sold On Cardano
Next article
Vexchange V2 that Will Pave the Way for Decentralized Finance (DeFi) On VeChain Launched