HomeBitcoinGalaxy Digital CEO Mike Novogratz Speaks On When Bitcoin and Other Crypto...
BitcoinNews 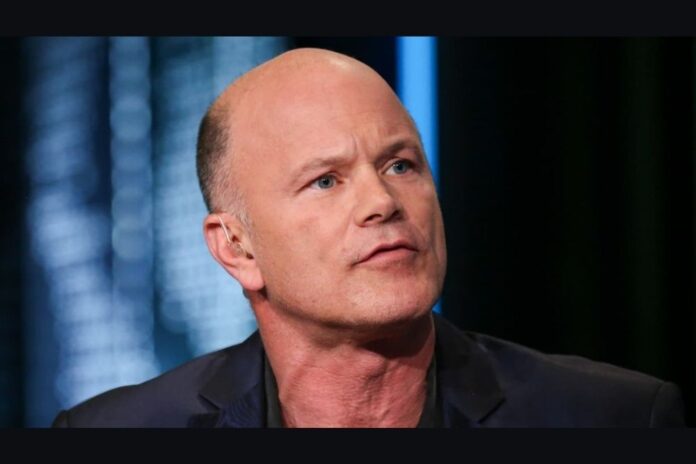 Mike Novogratz, the CEO of Galaxy Digital, has shared his opinion on when he thinks Bitcoin (BTC) and other cryptocurrencies would recover from the current bear market.

In a recent interview with Yahoo Finance, Novogratz said there is a possibility for Bitcoin and other digital assets to rally once the Federal Reserve pauses its monetary tightening measures.

Galaxy Digital CEO stated that the current negative trend in the crypto market is caused by the hiking of interest rates by the Federal Reserve.

“Since the Fed has decided to try to smash inflation by raising rates aggressively, the most aggressive rate-raising in our lifetime, Bitcoin sold off with other assets. It’s actually done better than most.

“I think if you finally get the pause, you will start seeing Bitcoin pick back up. Bitcoin and all cryptocurrencies. Are we going to get the pause? At one point, yes.”

When Bear Market Could End?

Speaking on when the current bear market would end, Novogratz said it would take six more months for the market to recover from this downturn:

“You know the bear case is we’ve got two to six months left of this pain. The bull case is the market starts breaking. And we’re seeing a lot of breakages. Not necessarily in crypto but in the rest of the world…

“Crypto’s interesting in that three months ago, after the big selloff and the deleveraging, most people that needed to sell sold.

“And so you’ve seen price is much more muted. Things take off when there’s a good story and they sell right back off when the story goes away. And so a lot less activity in crypto, a lot less for sellers. But also a lot less new buyers.”