HomeTechnologyEncrypted Sim Cards, everything you need to know!
Technology

Encrypted Sim Cards, everything you need to know! 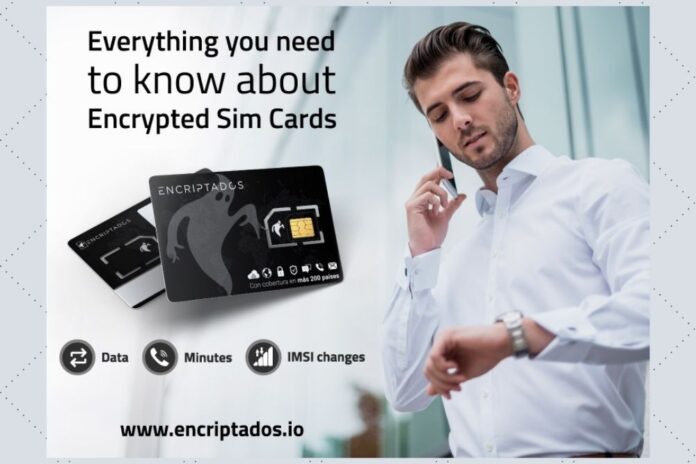 The word ‘cybersecurity’ is becoming increasingly relevant in a digitized world, where over half the population has access to the internet, and there are more cell phones than people. Not to mention that due to the pandemic, we were all forced to migrate to the cyber world and start using as many virtual tools as possible to interact with family, friends, and work colleagues.

This digital avalanche has also brought a significant increase in cybercrime, with the number of people falling victim to hackers multiplying to figures never seen before.

So, how should we protect ourselves and use cybersecurity tools without complicating our lives and paying exorbitant sums? Easy – by using an encrypted SIM card.

What is an Encrypted Sim Card

An encrypted SIM card is a SIM card that uses state-of-the-art technology based on encryption and cybersecurity. This gives any mobile device using it a strong layer of security, ensuring that information remains protected, connections are more secure, and all calls are anonymous and 100% private, preventing you from being hacked, intercepted, or located.

Differences between an Encrypted Sim Card and a standard one 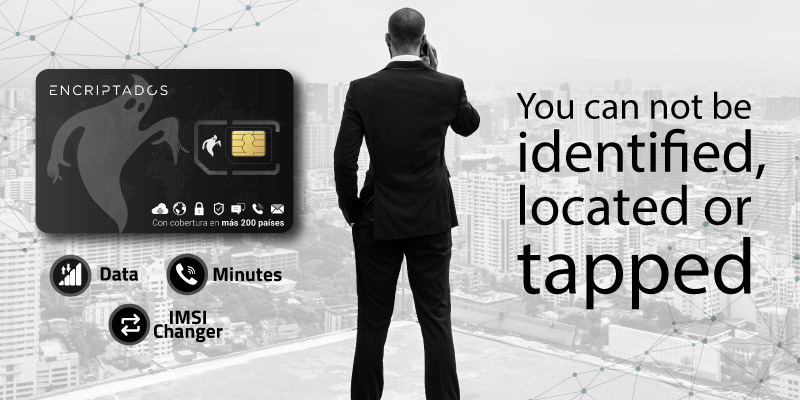 If we look merely at the physical level, encrypted and standard SIM cards look the same. The difference lies, however, in their operation. Standard SIM cards are currently considered the culprits for some of the most significant security breaches due to the ease with which they can be hacked, thereby revealing your information, allowing others to listen to your calls, or even reach the device. And that’s even before mentioning the access network providers have to your call logs and locations. Much of this personal data is used for market advertising or political information, among other uses.

In addition, in case you didn’t know, standard SIM cards retain contact information, calls, photos, and even financial data; even if you reset your standard SIM to factory default settings, this will not delete all the information.

Encrypted SIM cards, on the other hand, have sophisticated cybersecurity protocols that, contrary to rendering you vulnerable to a breach, act like a padlock or a key, protecting all the information on your phone and all your communications. Thanks to its IMEI/IMSI concealment system, you will not be able to be located, intercepted, or hacked.

When you make a call from a standard SIM card, it opens a direct link between the caller and the receiver; this makes it easier for third parties to intercept and obtain the information exchanged during the call and about the person making it. On the other hand, when you call with an encrypted SIM card, the signal travels to the service provider’s secure networks, where it is protected, before reaching the receiver, making it impossible to detect or intercept it. Not to mention that you can generate a random number to make calls and have greater anonymity

Additionally, and contrary to standard SIM cards, encrypted SIMs work almost anywhere in the world, so traveling and staying connected and in contact with your family, friends, and colleagues will no longer be an inconvenience.

Why have an Encrypted Sim Card? 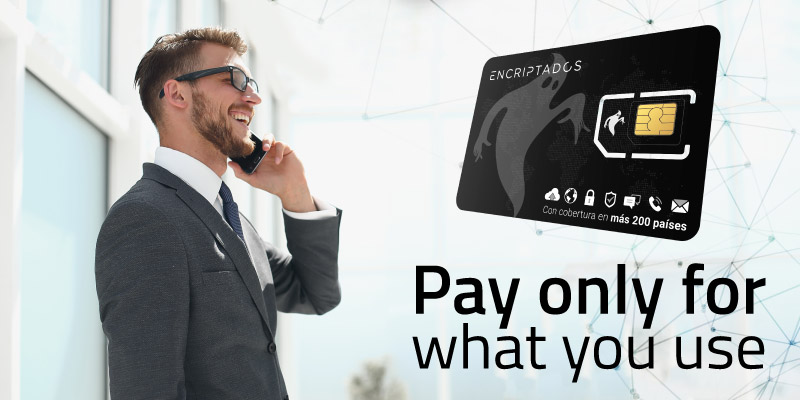 You don’t need to be a public figure, businessman, or celebrity to justifiably worry about your cybersecurity. Almost all the victims of cyber attacks are small- and medium-sized companies and ordinary people because they are precisely the ones who possess the particular digital security tools that make them easy targets.

For this reason, we must treat our data as the valuable commodity it is and prevent third parties from profiting from it. The great news is that it is no longer necessary to invest large sums of money to access the device needed to do so. An encrypted SIM card is an affordable and practical solution for anyone who wants to protect their communications and personal information from third parties in a 100% effective way.

Encriptados.io is an international company specialized in secure communications and information protection. Among its products are encrypted cell phones, encrypted applications, and, more recently, one of the best encrypted SIM cards on the market.

The Encriptados Encrypted SIM Card works in more than 200 countries and offers security, privacy, and anonymity. It is compatible with any Android, iOS, Windows, or BlackBerry device. Once you install it, no matter where you are you will not be locatable, trackable, or interceptable.

lus, The balance never expires, so once you recharge it, you can take as long as you like to use what you’ve paid for. Forget about cut-off dates and fixed rates. As a company, Encriptados won’t request personal data at the time of purchase so there will be no records or information in any database.

Start protecting your information and securing your communications with the Encrypted SIM Card from Encriptados and become a ghost on the internet.

Visit Encriptados.io and get your Encrypted Sim Card, safe communications without borders!