BitMEX CEO Shares Major Reason Why Bitcoin (BTC) Will Trade At $1,000,000 in the Future 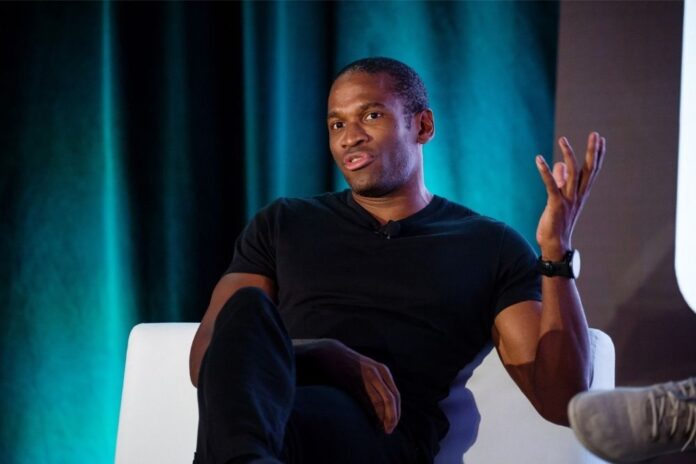 Arthur Hayes, the CEO of the crypto exchange BitMEX, has recently shared the major reason why Bitcoin (BTC), the largest cryptocurrency by market capitalization, will trade at $1 million in the future.

According to Hayes in a new article, Bitcoin (BTC) has the potential to trade at millions of dollars level in the future because governments around the world will not cease from devaluing their respective currencies through continued money printing.

Read Also: $1.2 Billion Worth of Bitcoin Moved Away From Coinbase in a Week, Institutional Demand on the Increase

The CEO stated that due to fiat currencies devaluation, commodities such as Gold and Bitcoin are expected to experience a massive rise in price:

“As gold marches its way above $10,000, bitcoin will march its way to $1,000,000. The bear market in fiat currencies will trigger the largest wealth transfer the world has ever seen.”

In the article, Hayes notes that Bitcoin (BTC) has an advantage over other comparable commodities, such as gold, when it comes to ease of storage and mobility.

“For a single Bitcoin, my unit is in the millions… There is no government, ever, that resisted the temptation to print money in order to pay its bills and placate its citizens. The government will never voluntarily go bankrupt. This is axiomatic. I challenge you to contradict me with evidence…

“Therefore, if your time horizon is in the years, it’s time. If you mess with the bull, you get the horns. Remember: it’s not gold or Bitcoin that is increasing in price, it’s a decrease in value of the fiat currency in which they are priced…

“If you fully accept that direct possession of physical gold is required to ensure you actually own what you think you own, then gold becomes quite cumbersome…

“Whether you have 1 Satoshi or 1,000 Bitcoin to store, all that is required is a string of characters that comprise your public and private key.

“That weighs essentially nothing, and can be accessed anywhere there is internet. This is the value proposition from a storage and transfer perspective of Bitcoin over gold.”

Meanwhile, Arthur Hayes and other BitMEX co-founders, Benjamin Delo and Samuel Reed plead guilty to breaking a law in the United States earlier this month. The law requires financial institutions to help the government detect and fight money laundering schemes.