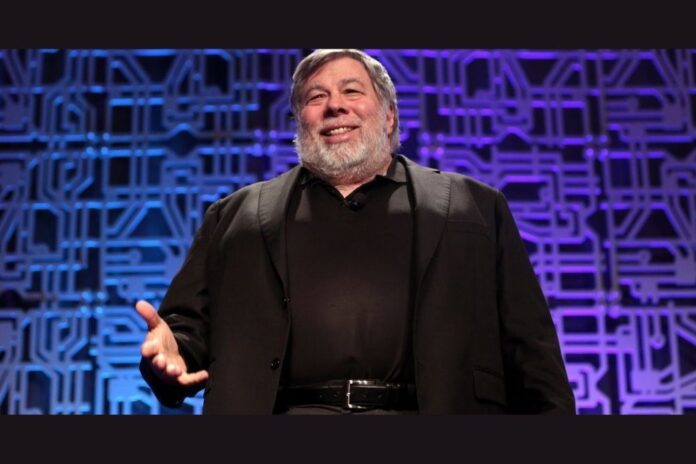 Steve Wozniak, the Apple co-founder, has stated that he thinks the price of Bitcoin (BTC), the largest cryptocurrency by market capitalization, is still going to $100,000.

While speaking on the ‘Steve-O’s Wild Ride!- Podcast’, the tech expert showcased his amazement at the success of Bitcoin and cryptocurrency over the years, stating that crypto could be the future of finance.

Wozniak revealed that his intention was to experiment with Bitcoin, but the huge returns made him see the reason to believe that BTC will still trade at 6-digit prices.

“I can’t put any mathematics to it, I just feel that the interest in crypto is so high and so I put a bunch of money into an online wallet account Coinbase and pretty much, it’s sitting right there.”

“I wanted to experiment and learn it all, then bitcoin went way up. I got scared and I sold all my Bitcoin except one bitcoin,

“My life’s purpose is to have enough to play with, experiment with but not to make money on-and two times it’s gone way up and made me money and just recently I think Bitcoin is gonna go to 100,000.”

During the discussion, Wozniak disclosed that he started growing interest in crypto while working with a company that had ventured into crypto. This was when the industry was still in its infancy. He said back then, he was eager to launch his own cryptocurrency named WOZX.

The experience he garnered when working in collaboration with the company increased his interest in Bitcoin (BTC) and cryptocurrency as a whole.

Wozniak said, “I bought a bunch of Bitcoins as a start-to say how do you play with this new thing? how do you buy something online, and I conquered that.’’

Wozniak Dismisses “Bitcoin Is A Threat to Environment” Narrative

In the course of the conversation, Wozniak aired his opinion about Bitcoin being a threat to the environment due to its high energy consumption.

According to Apple co-founder, Bitcoin is just being held as a culprit while the world continues to deploy even more dangerous activities, such as airplane and vehicle combustion engines:

“The only way to solve this climate problem is to take our lives way back down in the economy,” he concluded. “So I don’t buy a lot into people thinking, let’s do this one little step, you know, buy an electric car or get a solar panel that it makes any difference at all-it can actually go the opposite way.”

Meanwhile, Wozniak showcased his love for Bitcoin when speaking with Business Insider a couple of days ago. He described the flagship crypto as “pure gold mathematics.”