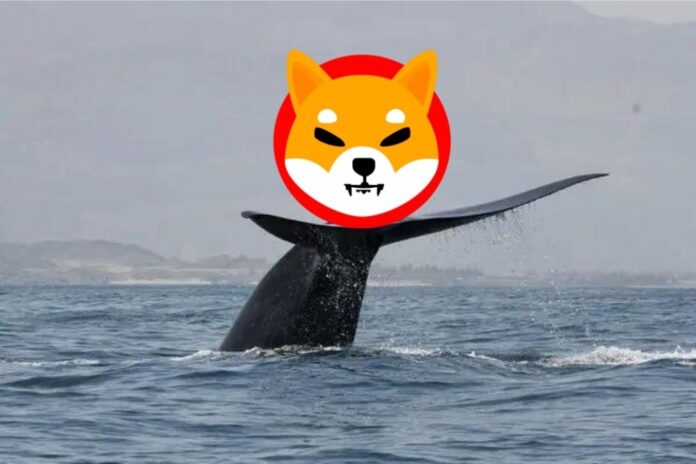 As the Shiba Inu network prepares for Shibarium, a layer-2 upgrade, a crypto whale abruptly moved SHIB tokens that are worth more than $28 million in a single transaction.

As reported by Whale Alert, the tracker of large transactions of cryptocurrencies, an anonymous Shiba Inu whale sent about 3.37 trillion SHIB to another wallet of unknown origin.

A further dig into the transaction showed that the whopping transaction cost only 0.00179 ETH worth $2.46.

According to Etherscan, the sending wallet has zero balance, while the receiving address holds 3.37 trillion SHIB at the time of filing this report.

Shibarium recently selected Bone ShibaSwap (BONE) for its utility token to use for blockchain transaction fees and for other activities. BONE also allows users to vote on upcoming proposals.

A date for the Shibarium project launch remains unclear, but it is expected this year. The pseudonymous developer known as Shytoshi Kusama said last month that Shibarium is set to arrive “very soon.”

In addition, Shiba Inu could see its value increase with the planned introduction of new features including the burning of SHIB tokens.