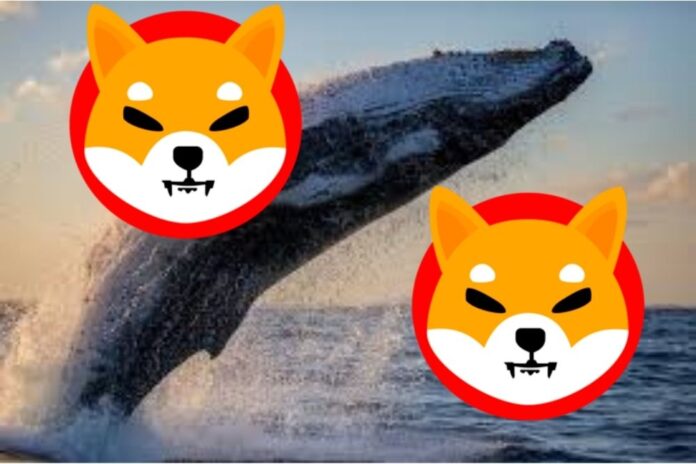 While SHIB continues to underperform in the crypto market, unknown Shiba Inu whales have been spotted transferring huge amounts of the meme token in the last 24 hours. The total fees paid in ETH for the $52.4 million worth of crypto transfer was $2.19 only.

Notably, the voluminous token shifting recorded within the past 24 hours, was executed in two transactions only and worth $52,358,251 at the time of execution.

In the first transaction, about 2.87 trillion SHIB tokens were transferred from a whale wallet to a new storage location. The user paid only $0.56 in ETH as fees, for the transaction which was worth about $26.4 million, at the time of execution.

Hours later, the crypto whales tracking account broadcasted another massive SHIB transfer. This time, 2.8 trillion SHIB worth approximately $26 million, was transferred from an unknown wallet to another wallet. $1.63 in ETH was the accompanying fee for this transaction.

SHIB Holders On the Rise

Despite the low price at which the second-largest meme token is currently trading, the top Ethereum (ETH) whales and many more investors are still holding SHIB. According to Etherscan, a total of 1,257,318 on-chain wallets are in possession of Shiba Inu.

On Thursday, WhaleStats showed that the top 1000 ETH whales hold more investment in Shiba Inu than in any other crypto asset including LINK, MANA, UNI, MATIC, and FTM among others.